Today I wrote a code that calculates the Fourier Coefficients.

In case you don’t know what a Fourier Series is, then, basically it is a way of approximating or representing a periodic function by a series of simple harmonic(sine and cosine) functions.

You can check out the wikipedia for  more information on it: https://en.wikipedia.org/wiki/Fourier_series 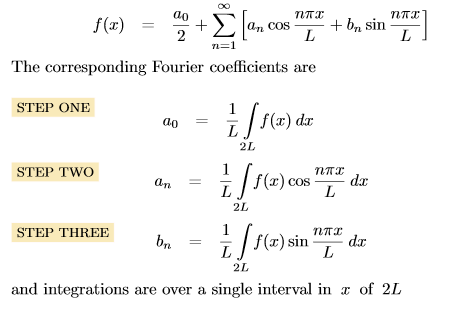 So, here’s how my code works:
I created a function
[A0,A,B]=fourier(l,n,f)
Arguments:

l :half of the period, (periodicity of the function f which is to be approximated by Fourier Series)

n: no. of Fourier Coefficients you want to calculate

f: function which is to be approximated by Fourier Series

A0: The first fourier coefficient.

A: An array/matrix whose nth element is the nth coefficient An.

B: An array/matrix whose nth element is the nth coefficient Bn. 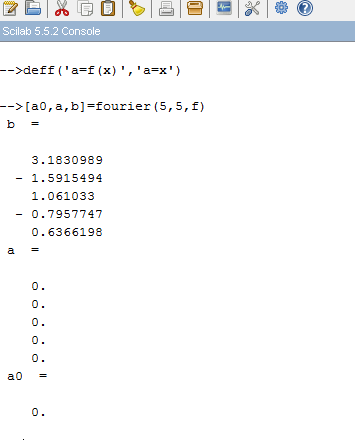 
That’s it. I hope it was not too difficult to understand. If you have any questions I will be glad to answer them.

9 thoughts on “Fourier Series and SCILAB”