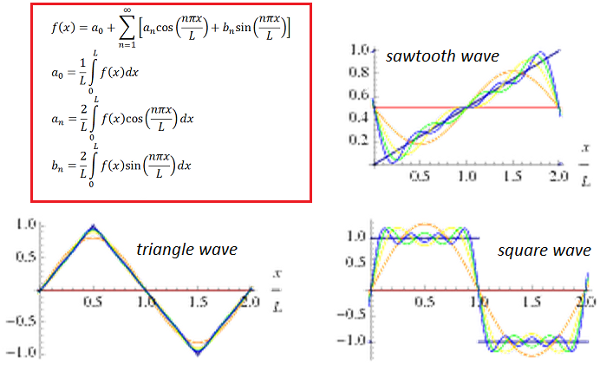 In the last post I showed you guys how to calculate Fourier Coefficients for a given function defined in the range, [-l,l].

We can also use the Fourier Coefficients to calculate the Fourier Series and then Plot the FS Approximation and compare it to the original function.

I have used the same code as before and just added a few more lines of code.

If you haven’t read the last post which is being continued here then I recommend you read that first here. 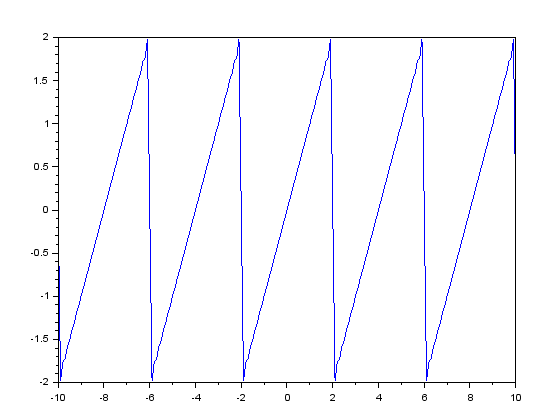 In the above sample code I have defined a function f(x)=x, and then I have called the function fourierplot with arguments l=2, n=100 & the function f. l is the half of the period so the function is periodic with a period of 2l=4 from [-2,2], which is evident from the graph. If the value of n is not large enough then you might not get a very good approximation.

I have created a module in scilab which contains both the above macro, and once installed can be used as an in-built function. You can download it from here: https://atoms.scilab.org/toolboxes/fstools


Leave your questions/suggestion/corrections in the comments section down below and I’ll get back to you soon.

13 thoughts on “Calculating Fourier Series and plotting it -SCILAB”