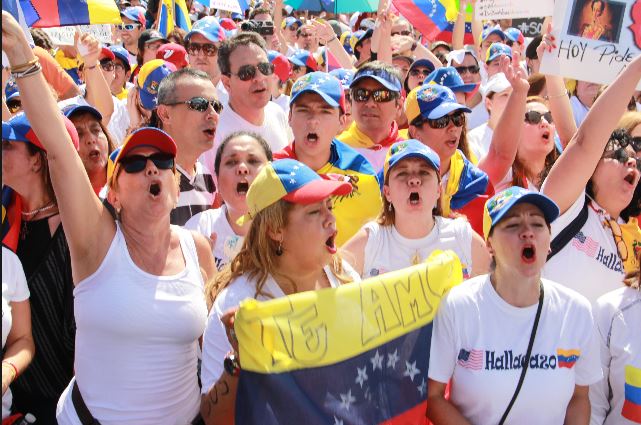 image sentence: The crowd clamored on the streets for freedom in Venzuela.

Other sentences with the word clamour in them/ How to use ‘clamor’ in a sentence?
1. A clamor on the street caught everyone’s attention.
2. There is a growing clamor for reform in India.
3. The people clamored for justice for the innocent by wrongly accused of murder.
4. Small kids are always clamoring for attention.
5. The clamour of the frightened birds was deafening.
6. The protestors outside the building got frustrated and decided to clamor for attention.
7. The hungry crowd clamoured for food.
8. The concert attendees began to clamor when the band didn’t show up.
9. The clamor of the children at play outside made it impossible for her to take a nap.
10. The soccer fans clamored for season tickets when they heard that their favourite player was returning.

What made you want to look up clamor? Please write in the comments the phrase/sentence you heard or read it. Also write some suggestions for the examples of sentences with the word, i.e. how to use it in a sentence.