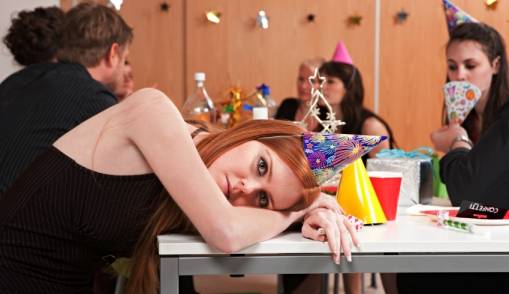 (adjective) Meaning: lacking originality; repeated; boring and predictable
Tip: You can use this word in place of cliché, cause cliché has become pretty common now.

Pronunciation: The pronunciation of the word is different than what you would expect from the spelling.
You can pronounce it like ‘BANAAL’

image sentence: People don’t like attending office parties cause they are usually banal and boring.

Other sentences with the word banal in them/ How to use ‘banal’ in a sentence?

1. The critics found the novel written by the young writer to be rather banal.
2. Professor Hamm’s lectures are so banal they cause me to fall asleep.
3. The press described Obama’s speech as banal.
4. No one understands the banality of evil.

First Known Use: 1825
What made you want to look up banal? Please write in the comments the phrase/sentence you heard or read it. Also write some suggestions for the examples of sentences with the word, i.e. how to use it in a sentence.