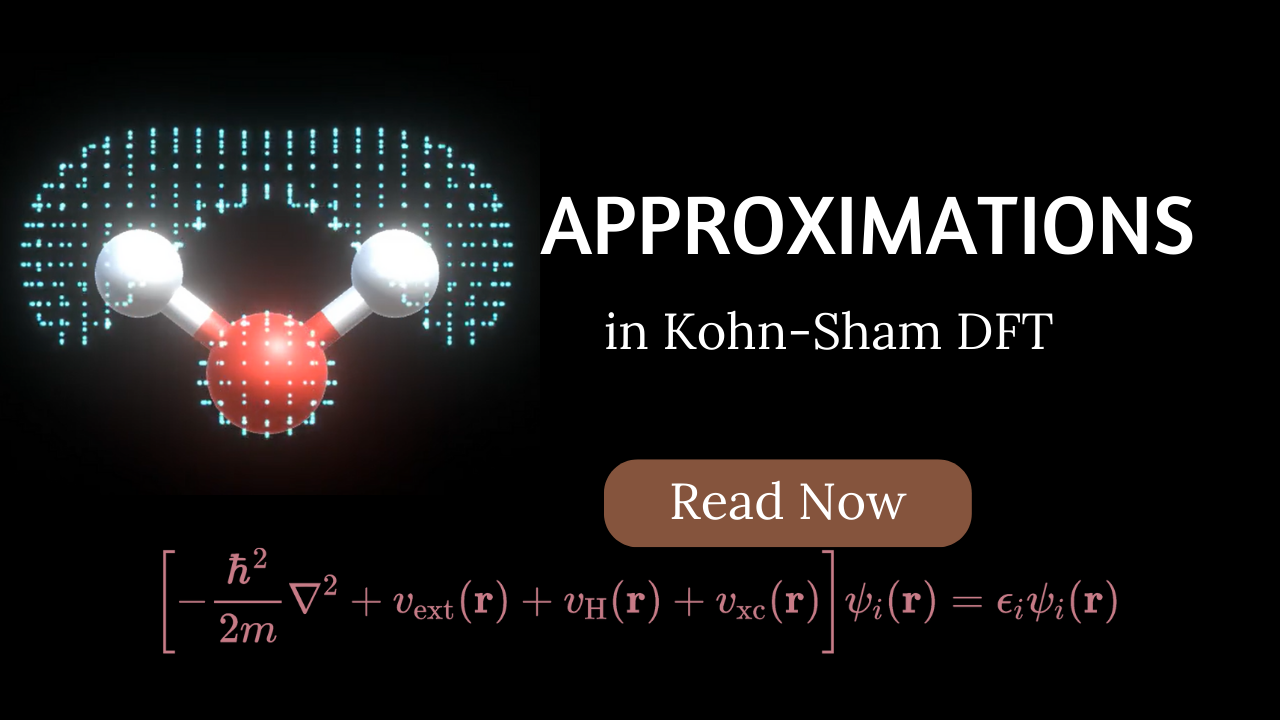 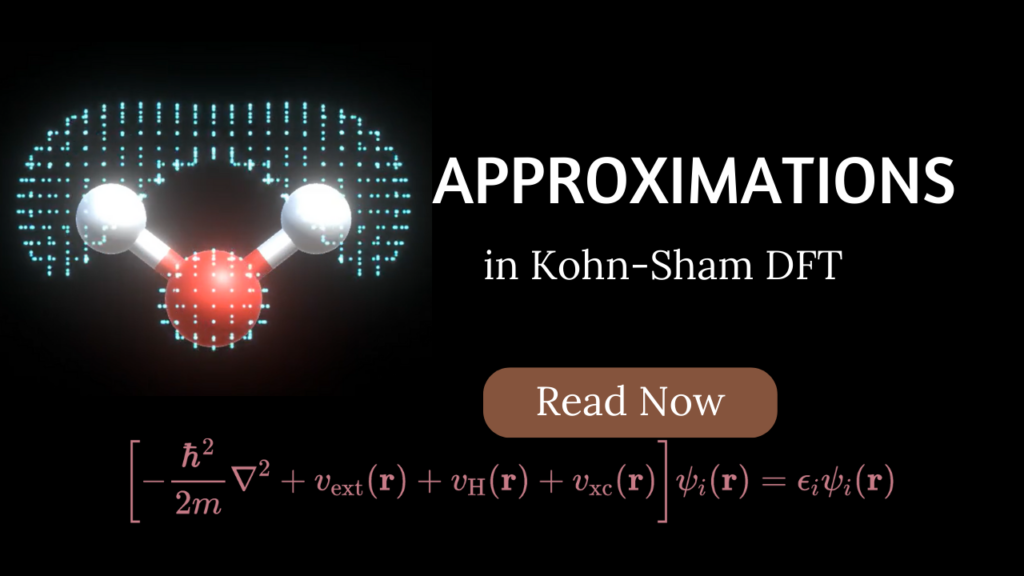 In Kohn-Sham density functional theory (KS-DFT), the ground state electron density is described using a single mathematical determinant, which leads to a set of equations that are similar to those used in Hartree-Fock theory and are known as Kohn-Sham equations:

is the external potential (such as the potential from the nuclei),

is the Hartree potential (which describes the electrostatic interaction between the electrons), and

is the exchange-correlation potential (which describes the many-body effects in the system). The wavefunction

are the solutions to the Kohn-Sham equation for the

The total energy is composed of the non-interacting kinetic energy

, the energy due to the electrostatic interactions of the electrons with their charge density and with the nuclear cores

, and the exchange-correlation energy

Here are some of the main approximations used in Kohn-Sham DFT:

If you have any questions/doubts or find any mistake in the above article then please let me know in the comments section down below.

What is the difference between DFT and Hartree-Fock method?