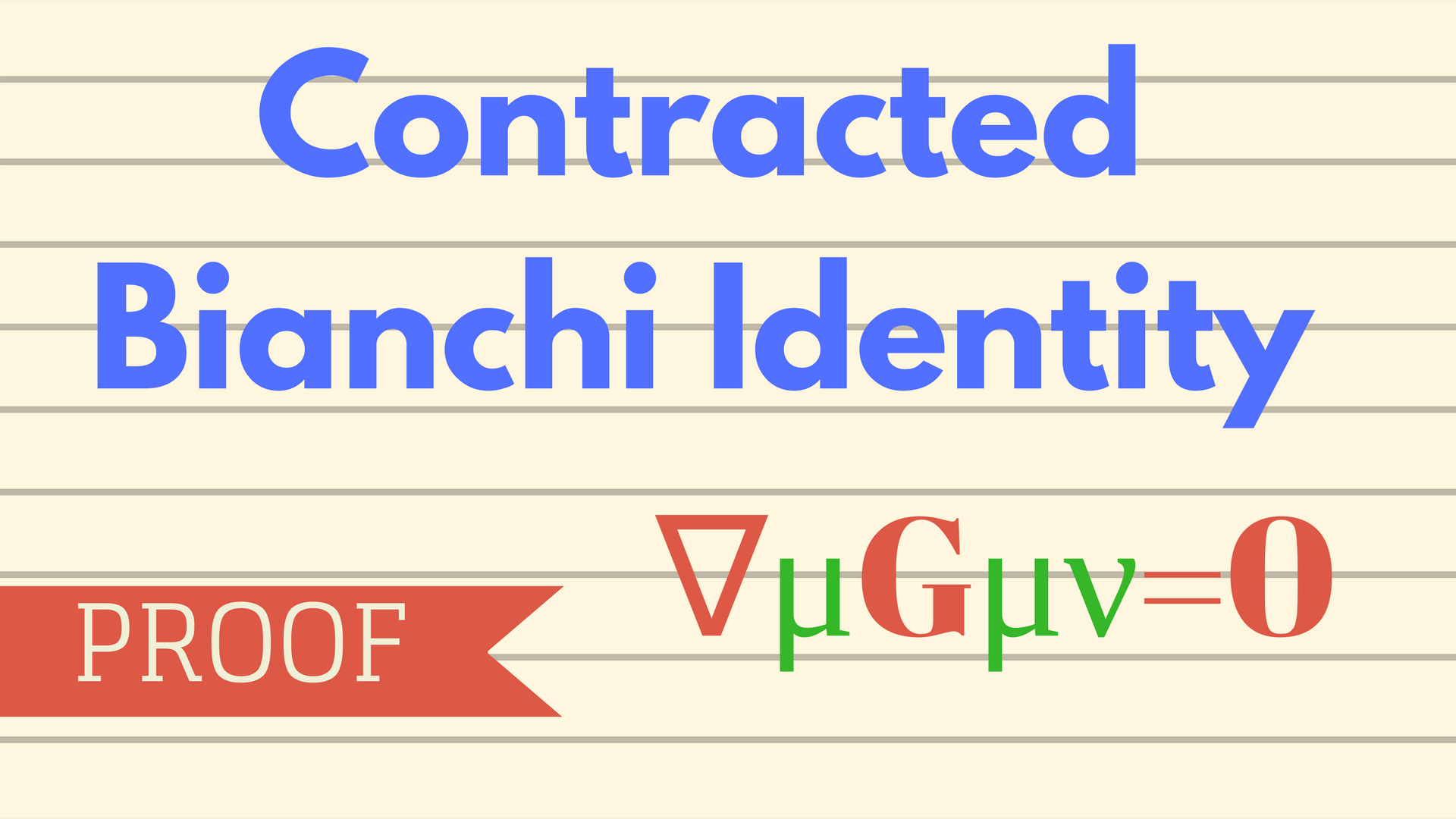 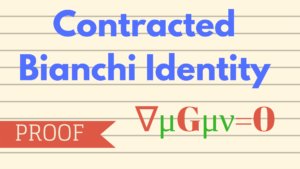 The contracted Bianchi Identity in GTR can be written as:

is the Einstein Tensor such that,

is the Ricci Tensor and

is the Ricci Scalar.

In this post, I will be demonstrating a simple way to prove the contracted Bianchi Identity.

We start with the usual Bianchi Identity in GTR:

is the Riemann Tensor,
and

is the covariant derivative.

We see that there are 5 indices in the above tensors. So we go ahead and contract alternate indices twice, to get a single index tensor.

Remember the following properties of the Riemann Tensor:

Now, swap (interchange) the following in the first term of

Perform a similar swapping of indices, as in the last step, on the second and third term too, to get:

on the above equation,

is covariantly constant and can be taken inside the covariant derivative]

are dummy indices, therefore, we can write