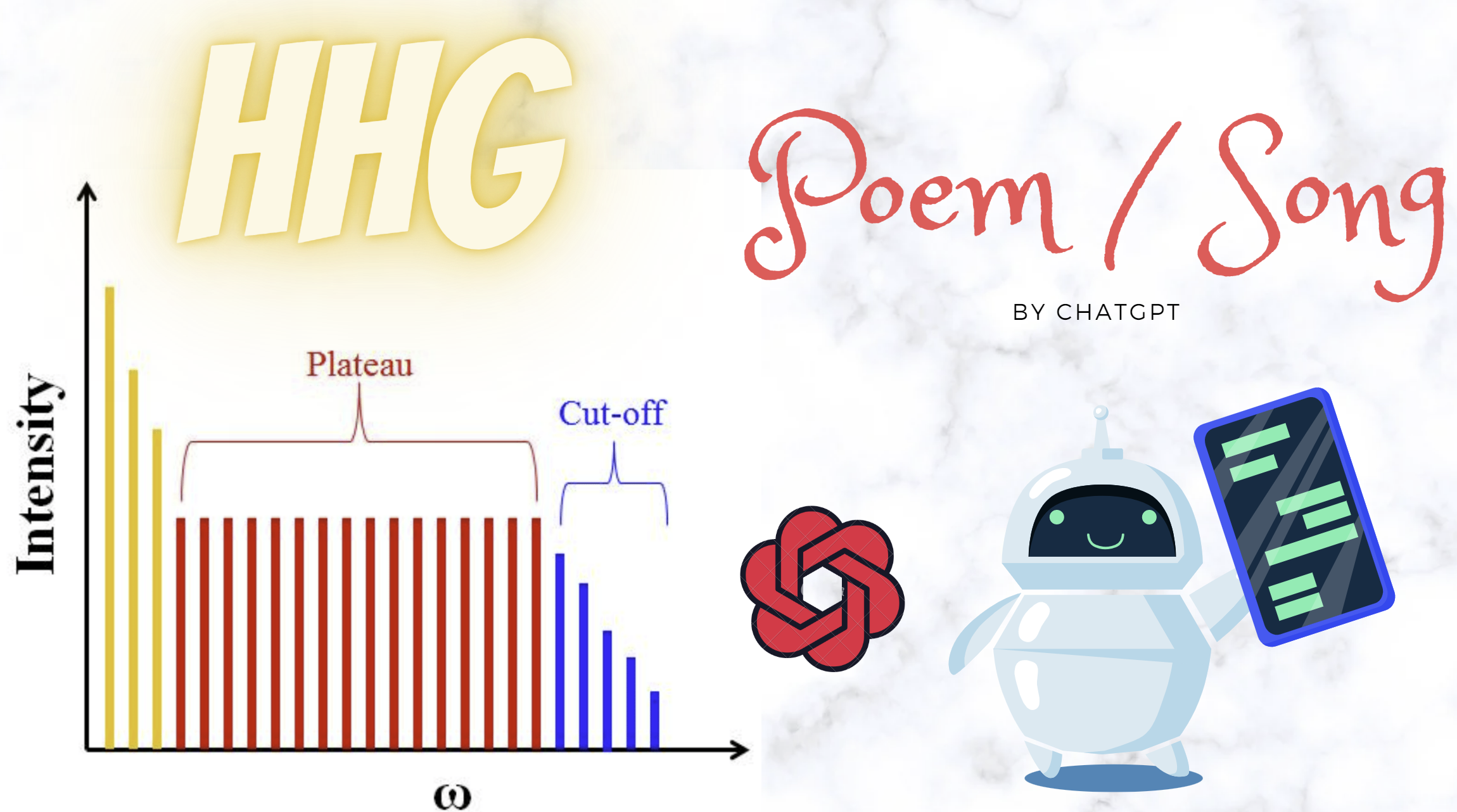 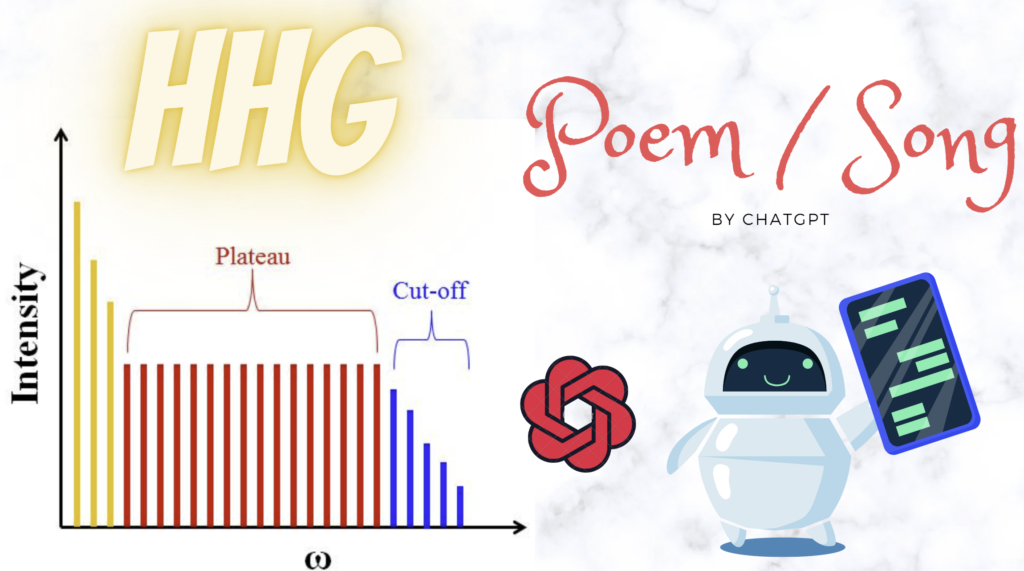 High harmonic generation (HHG) is a nonlinear optical process in which high-frequency light is generated by the interaction of a strong laser field with a gas or solid. This process is used to produce extreme ultraviolet radiation, which can be used to study the properties of atoms and molecules. High harmonic generation has applications in spectroscopy, imaging, and other areas of physics and chemistry.

Here is a poem or a song on HHG as written by ChatGPT by openai.com.

In the realm of physics, a fascinating sight
Is high harmonic generation, a wondrous light
It’s a process that can create extreme ultraviolet radiation
And help us understand the mysteries of the quantum world, oh so great

Let me know what you think in the comments down below.